Health Department have announced latest jobs of Centry Petrol for Dengue, Polio, Other Communicable Diseases (Male and Female) and Centry Petrol Prevention & Control of Epidemics (For Male and Female) Total 426 Jobs in District Lahore in Nawa-i-waqt Newspaper on 02nd December, 2017 the all candidates can apply for these jobs here. 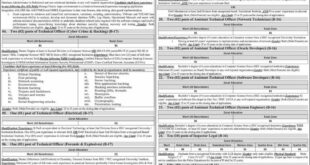